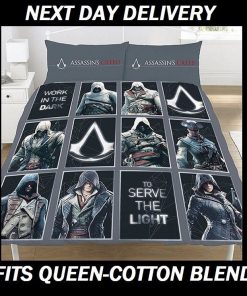 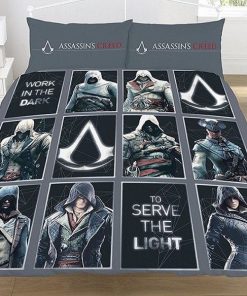 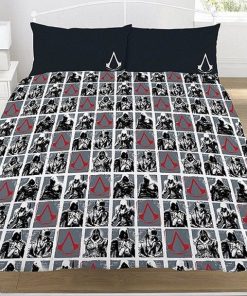 This Assassins Creed Duvet Queen Legacy  quilt cover set is a must for all fans of the console games. The cool design features Assassins Altair, Ezio, Connor, Edward, Aveline, Arno, Jacob and Evie set in dark squares on a grey background along with the oath Work in the Dark, to Serve the Light, and the Assassin’s Insignia. The reverse has smaller versions of the characters in a repeat pattern interspersed with the Assassin’s Insignia. This bedding set is made from a polycotton blend and can be machine washed and tumble dried on a low setting.